Gluten: What happens when we eat it? 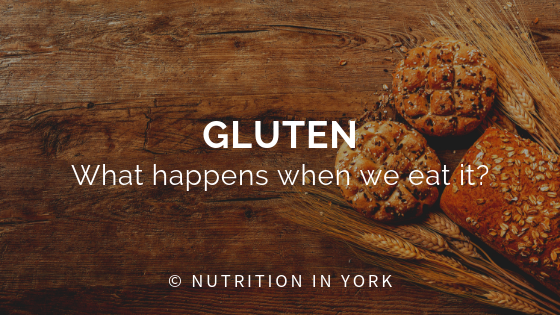 What is gluten, and what does it do when we eat it?

Gluten is a type of protein found in the grains of wheat, barley, and rye.  It’s made up of several different protein fractions, and can be difficult for some people to digest.

Haven’t we been eating wheat, barley, and rye for thousands of years?  Surely we’re used to it by now.

Well, yes and no.  Yes, we have been eating grains for thousands of years, but not the sorts of grains we have now.  Modern varieties of wheat for example contain much higher levels of gluten due to the cross-breeding of grains and the pursuit of varieties of wheat that are shorter, easier to harvest, and more glutinous for bread making.

As a result, many people struggle to digest gluten.  And for some, it can play a critical role in triggering increased intestinal permeability (aka ‘leaky gut’) and auto-immune conditions.

Find out more in this short video…

If you’d like to know more feel free to comment below or hop over to the Facebook Group at www.facebook.com/groups/nutritioninyork and join in the conversations there!